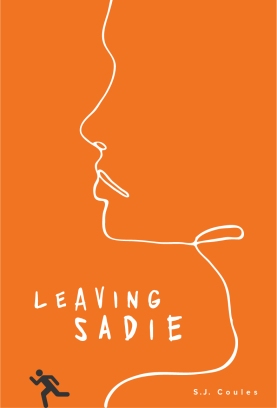 “Wildly charismatic and deeply funny . . . Wonderful and eccentric characters get tied up in an adventure of lost love, finding yourself and the mysterious mind of a playwright. Coules has a great gift for storytelling.”

Henry Sears is a thirtysomething who’s found himself in the midst of a crisis: From his failing ambitions as a playwright to his floundering relationship with girlfriend Sadie Cohen, things aren’t exactly going as planned. When he decides it’s time to address the latter, he’s left both surprised and somewhat shattered.

He seeks refuge in his latest play, and in the company of bookstore-stalker Ezra Cooper and mercurial Oscar-winning actor Miller Moore, the latter who’s set to star in Henry’s play — if he’s sober enough to put a coherent sentence together.

What follows involves relationship flashbacks in the form of movie scenes, a murder plot, paranoia, dramaturgical disaster, and hopes of reconciliation.

The debut novel by screenwriter S.J. Coules (A Day Like Today) Leaving Sadie is a tale of love, family, friendship, and ambition in the 21st century; a fun and funny story that’s comparable to the works High Fidelity, Franny and Zooey, and Hannah and Her Sisters.